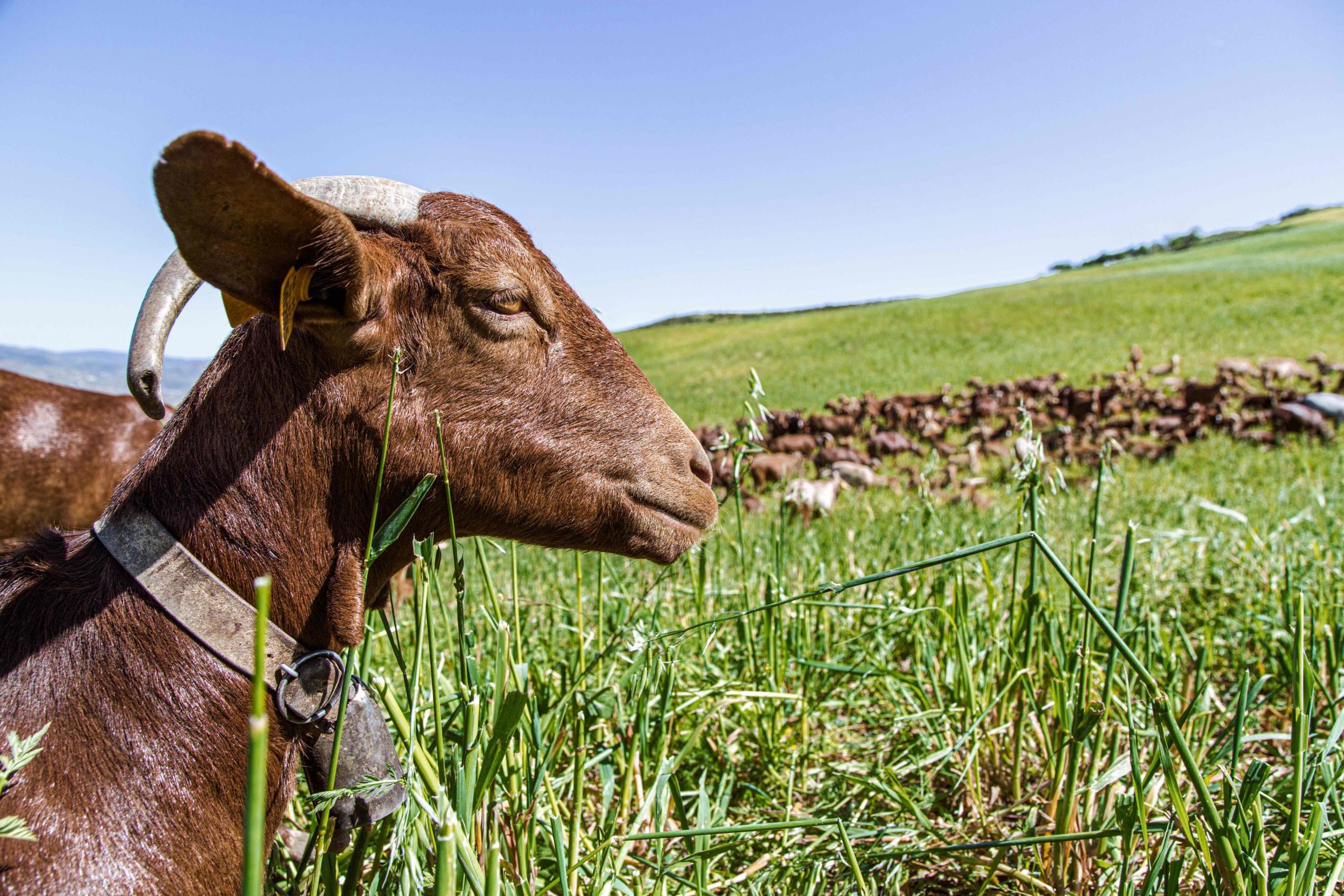 Ovine in extensive livestock farming has become increasingly important in recent months, although most people still tend to associate it with pigs or cows. Many breeds of goats and sheep would be significantly affected without extensive livestock farming. Goats and sheep adapt to mountains, marshes and pastures, but can also be fed on agricultural waste such as rice stubble. They live on farms that prioritise development in harmony with the natural environment.

So what is extensive livestock farming? It means applying a set of production systems in which the animals live in harmony with their environment. Another positive aspect of extensive livestock farming is its promotion of native breeds, as it is designed to preserve the richness of the natural environment while supporting the rural economy and optimising resources. It takes care of the environment at the source to produce one of the most nutritionally complete and healthy meats.

Two of the cornerstones of livestock farming are animal care and sustainability. This means having sheep and goat herds distributed across large rural areas, but also a small average number of animals per square metre of land. This type of distribution is quite common on Andalusian farms. It is a form of production that activates the ecosystem in which it is developed. It also sustainably preserves an environment in which it takes advantage of all the available resources. The natural cycles help to ensure the herd feeds properly, and when the animals graze they also help to clean up the forests and prevent fires. Last but not least, they consume forage and stubble from agriculture. These conditions make goat and sheep farms a safe bet for the future of high-quality meat production.

Shepp and goat in extensive livestock farming is really usual. There are more than 117,000 sheep farms in Spain, 15% of which are in Andalusia. Some 90,000 are dedicated to producing sheep meat, which puts us at the forefront of national production together with Galicia and Extremadura.
In the goat sector, there are just over 75,000 livestock farms in Spain, of which some 54,000 produce meat. Andalusia accounts for 15% of the total, followed by Extremadura (11%).

4% of the sheep meat in our country is certified under Protected Geographical Indications (PGI). PGIs help to improve the production system and seek to boost the promotion and sale of herds registered under their seal. There are six such indicators in total.

The only Spanish goat meat registered as PGI is kid meat from Extremadura, which was certified in 2021 and continues to take steps to consolidate its position. Other PGIs will soon emerge in Andalusia, as its natural wealth and indigenous breeds allow for this type of quality and protection seal to develop in the region.

Most PGIs aim to develop organic meat, which requires the healthy feeding of livestock in their natural environment. Extensive livestock farming and organic meat are directly linked, because animal welfare, through feed, becomes fundamental. It is also important to avoid using chemicals and medicines when treating diseases associated with the various breeds. Anything the animal consumes directly affects whether or not it is given an organic meat label.

The number of animals per hectare also determines whether a livestock farm is organic. Specifically, in order to be considered organic, a farm cannot have more than 13.3 goats or sheep per hectare. This number ensures that the environment is managed properly and prevents overcrowding in the herds. However, it does not mean that some breeds sleep in indoor facilities. Most of their development takes place in forests, pastures and marshes, and farmers must carefully monitor their grazing in order to produce one of the best meats in Andalusia.

Extensive rearing of sheep and goats for a sustainable future

Most of the extensive goat and sheep farms in Andalusia are small. Some of them form cooperatives to optimise their profits and combine their efforts to continuously improve the sector.

Sheep and goat herds are ideal for sustainable livestock farming: they help to prevent fires and, through their natural feeding process, they keep the pastures clean of dry grasses and dispose of agricultural waste.

Although in some cases they need to be provided with shelter on cold nights, goat and sheep herds in Andalusia play a fundamental role in sustainable development. Considering the average stocking rate of 1.5 livestock units per hectare, they adapt better to extensive livestock farming. Goats and sheep are much better acclimatised to any terrain, no matter how steep. This way of life has a promising future, boosting the introduction of technology and increasing numbers of PGI certificates, especially in Andalusia.

Exporting lamb meat is a clear choice for the sheep and goat meat sector in Andalusia. It is a meat with high nutritional quality that maintains a constant average consumption almost the whole year round, with a marked increase during the festive season. Goat and...

The Andalusian pasturelands, mountains and countryside are a sign of the region’s natural wealth. They form an ecosystem in which goats and sheep enjoy living in their own slice of heaven on extensive livestock farms. The location, climate and mountains of Andalusia are the ideal setting for goat and sheep herding. Andalusia’s Natural Wealth is in countryside.